Noonans combine as Eljetem swoops at Sandown for strong win 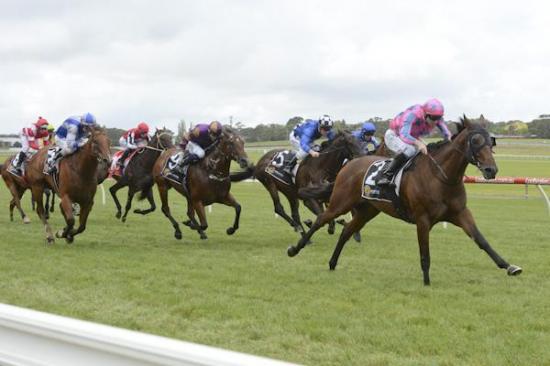 Storming down the center of the track, Eljetem drew well clear of his rivals at Sandown to deliver a strong win for the father-son combination of Tony and Jake Noonan in the Mitevite Challange Heat over 1300m.

“He’s a horse that has shown ability all the way through,” Tony said.

“This was just his second run this way (counter-clockwise) and he got a peach of a ride.

“He’s carried 61kg today so it was a good effort but he’ll win better races than this.”

Easing out of barrier 8, Jake settled the former

Gradually creeping into the race upon cornering, Noonan was spotting the leaders seven lengths at the top of the straight and conscious of the fact that he was verging the maximum of five whip strikes.

“I had to get the most out of him hands and heels,” he said after the win.

“I gave him one slap on the bum and he let down good.”