Paradanza surges from last for another dominant win 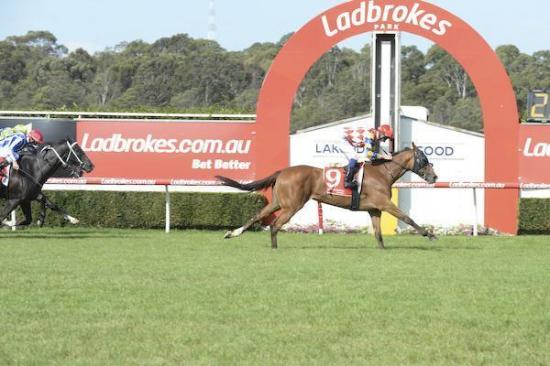 It may have taken 19 starts to break her maiden but Paradanza is now making a habit of winning for Mornington-based trainer Tony Noonan.

Stepping back in class from Listed company to a mid-weeker at Sandown in the Le Pines Funeral (BM70) Handicap over 2400m, the 6-year-old Danehill Dancer mare is racing with good heart to claim her second metropolitan win from her last three starts.

Despite running 10th in her previous start, Noonan was confident the drop in class would suit the mare.

With a big group of owners, the Sandown grandstand was rocking by the 200m mark when Paradanza hit top flight and never looked capable of getting beaten.

“It’s easy to train when you’ve got terrific people around so it’s good fun.

“They’ve forgotten all about getting beat at Traralgon and places like that.”

Easing out of the barriers under rider Jye McNeil, Paradanza settled towards at the tail of the field before McNeil crept into the race 800m out.

Upon straightening, the young apprentice had worked Paradanza to the center of the track where she balanced up as the widest runner but spotting the leader 10 lengths.

Once balanced, Paradanza ($8.50) produced an excellent turn-of-foot to eat up the ground and ultimately win by 2.5L from

“She was dropping back in grade and I really thought she had a good chance of winning today,” McNeil said.

“I knew the horse and the amount of ground she can make up in the straight. She can run them down with her big turn of foot and she did.”

The win was Paradanza’s fourth of her career from 29 starts with all four wins coming over 2000m or beyond with the mare still currently holding a nomination for the Adelaide Cup to be run on March 14 at Morphettville.