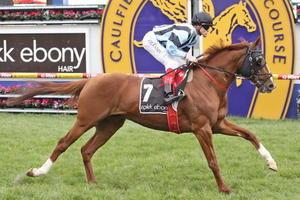 It is called the ‘Sport of Kings’ and a new King or Queen is appointed each year in winning the Melbourne Cup. This year we are thrilled to have a runner in the race that stops a nation.

BUCCELLATI will be representing the stable. To make it into the select group of 24 is a massive achievement in itself. At times you think that you are on the edge of not getting a run but then at the next round of acceptances you are able to breathe easy again. The third lot of acceptances are done and we are left in 22nd position. There are three races to be run where the winner will gain automatic entry, however, one of these is the Derby and no horse running in the Derby is nominated for the Cup. Looking at it that way – we are confident we will get a run.

It is not just another race. It is the dream of many years. This particular dream was started when BUCCELLATI was selected at the Tattersalls sales when he was a yearling. He was then kept in the UK to do his early racing where he enjoyed plenty of success and then he raced around the world – Canada, Turkey, France and Hong Kong – then of course here to Australia to compete in the Melbourne Cup.

In racing Cup week is like no other, the build up, the buzz, the drama all lead to the highly anticipated race start on the first Tuesday in November. To be a player in the race this year is very exciting!

As a team here at Greendale we are very thrilled. BUCCELLATI is looking super, he worked well at Flemington today and we can’t wait to see what the week holds!