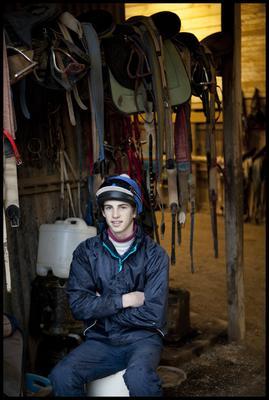 We know in life that patience is a virtue – we know in racing that this is especially true! If you need proof ask the owners of INABEAUTI!

The 4 year old by Beautiful Crown, INABEAUTI was having his 10th career start. In that time he has only run one placing BUT the owners had trainer Tony Noonan telling them to stick with him as he will improve as he mature and the further he goes. Some thought that the advice to stick with him was crazy but knowing Tony they listened and today they got their reward – a win at Seymour.

Ridden by Jake Noonan he was given a lovely run throughout on the fence. On straightening it looked like all he need was a run and then a run presented itself. However, it took INABEAUTI a long time to make up the ground but he did, thanks to the hard riding by Jake.

On returning to scale Jake was pleased with the horses efforts ‘He is still a bit immature as he was on and off the bridle the whole way, but all credit to the horse, he dug deep to win’.

‘He will be a better horse as he matures and I think in 12 months time when he matures more and gets out to further he will be a very competitive horse’.

Tony was thrilled with the win and grateful to the owners who put their trust in him to help deliver this win!!