A BIG WEEKEND COMING UP 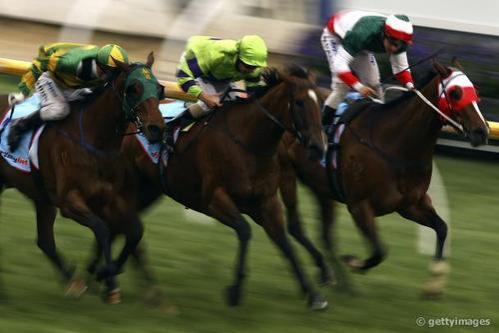 Apologies for the lack of updates on the website, we have been concentrating on other matters. Tony still has not completed the interview process for Jill’s replacement. He is hard to please.


It is a very exciting weekend approaching for Tony Noonan Racing with runners in three states, including VARENNA MISS in a Group One event. VARENNA MISS goes to Morphettville on Saturday for the Sportingbet Classic (also known as the Sangster Stakes) which is a Group One race for the Fillies and Mares over 1200m. VARENNA MISS comes off a slashing and unlucky run in the Oakleigh Plate and although she meets some stiff opposition as there always is in Group One races, she should be very competitive. Steven King will ride again, the race is at 5.20pm Melbourne time and we wish owners Glenn and Kerry Fraser the best of luck on Saturday.


As well as the runner in Adelaide we have got LADYSEA running in the WA Oaks at Ascot on the same day with leading Perth jockey Paul Harvey in the saddle. This filly has shown us staying ability from the beginning and the Oaks has always been the target for her. Nick Cox from our Perth stable is very happy with how she is going and we look forward to her running a good race. The race is at 7.30pm which makes it a long day of cheering for our runners but hopefully we will be cheering home some winners.


Back at home we have three exciting runners at Caulfield on Saturday with BUCCELLATI, MA SHANG and PARAMOUR. BUCCELLATI is second up this campaign after his Melbourne Cup campaign last Spring and ran a very promising fifth first-up at Flemington earlier this month, Jake Noonan takes the ride who is the hot jockey of the moment with 7 winners last weekend including a treble at Caulfield on the Saturday. He should run well again and this race will lead into some exciting options for him over the next few months. MA SHANG goes to Caulfield after a sensational win in the Stony Creek Cup last week. Jake retains the ride there and we look forward to him going around as he is one the favourites in the stable. Finally PARAMOUR who was second emergency has now gained a start in the last race at Caulfield, he steps up to Saturday city class after a couple of fast finishing efforts at his last two starts.

Good luck to all our owners who have runners this weekend and we look forward to some good results.