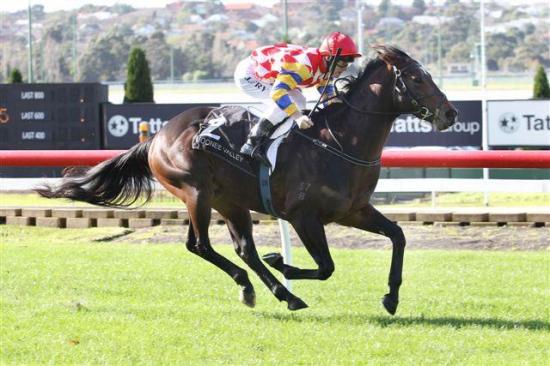 A great front running ride by stable apprentice Jake Noonan saw Stratumsphere notch up his second city victory for Tony Noonan this afternoon in the 0-72 1000m race at his home track at Mornington.
Stratumsphere has been a consistent horse who had recently raced without much luck but appreciated racing on his home track and a good barrier draw.
Tony was excited by the win realising that we have his 2yo half sister currently in work and went on to say that “it’s extremely encouraging and a real positive sign for Stratumsphere’s 2yo half sister in the Wonderful World – Aces Royale filly that we have in work at the moment. She is going really well and showing all the signs of getting to the early 2yo races. This is a proven winning family and it’s worth noting that Stratumsphere’s half sister’s first foal was sold at the Sydney Easter Sale for $250,000.
For those interested there are currently some shares left in our two horse package with the Wonderful World – Aces Royale filly and the Pentire – Charmed filly and I would encourage people that had their interest aroused by today’s smart win to get in touch re a share in the two horse package with the Wonderful World – Aces Royale filly as part of it” Tony concluded.