SPECIAL GIRLS WINS FOR THE GIRLS AT MORNINGTON 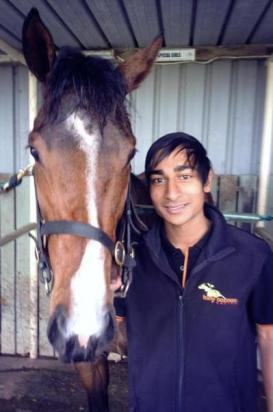 Continuing a fantastic week of results for Tony Noonan Racing, SPECIAL GIRLS won the Two-Year-Old Maiden Aussie Mornington Plate over 1200m at Mornington on Tuesday, July 30th. By Testa Rossa, whose progeny the stable has had a lot of success with, out of a Redoute’s Choice mare Special Episode, this filly was selected by Tony and purchased as a yearling at the 2012 Gold Coast Magic Million Sale. One of the incentives for the Magic Millions Carnival was that a bonus was paid if a horse in all-female ownership won at the carnival so this filly was syndicated to a great group of our female clients, unfortunately she was not ready for the Magic Millions as a two-year-old but she may now be a chance of heading to that carnival as a three-year-old.

The filly had one start in her first preparation for a third last year, this was her second up run this preparation, her first up run at Bendigo she was caught wide and the race was a little bit too short for her but over the 1200m at Mornington on a Heavy 10 track, Jake Noonan was positive on her from the barriers, had her sitting on the speed in third position, came up to challenge the leader on straightening and in a terrific battle to the line, was victorious in a photo finish by a short head.

Thanks also to all the staff and riders at home and we are sure that this filly is only going to improve over a bit more ground as her career progresses.