JACK TURNBULL STEERS HIS TEAM TO THE PREMIERSHIP 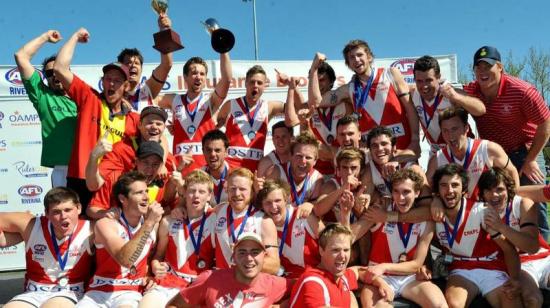 Congratulations to Tony Noonan Racing team member Jack Turnbull who played in the winning Grand Final for the Collingullie Football Club Reserves in the Riverrina Football League on Sunday September 22nd, 2013. ‘Gulli’ beat the Mangoplah Football Club 98-70 and Jack was Best On Ground for the Premiers.

Jack is currently studying a degree in Equine Science at Charles Sturt University in Wagga Wagga but comes back and helps at the stables or races when he has any time off.

Judging from the photos, Jack and the whole team have celebrated the win with great enthusiasm!

He can be seen three from the right on the top row of the photo.