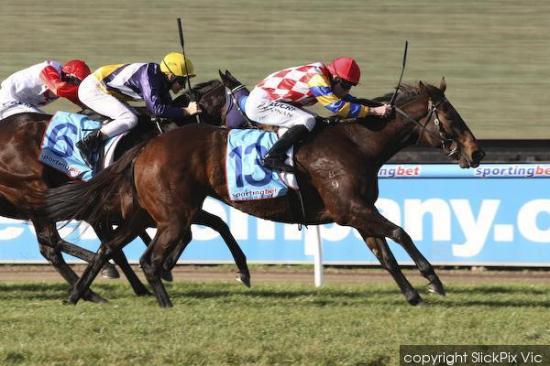 Mezulla continued her good run of form with a win at Sandown on Wednesday. After winning a 0-58 at Geelong two starts back she graduated to a Benchmark 78 at Sandown. This preparation she has two wins and a second placing from only four starts.
Following St Anne's win at Geelong on Tuesday the stable is having a good run at the moment.