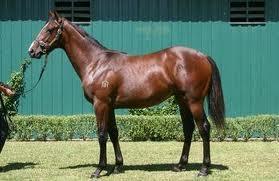 JUNGLE ROVER breaks his maiden status at Donald under the hands of Stable Jockey Daniel Schmitt. A little slow to begin from Daniel was able to get him over to the rail and settle him in the box seat before easing out to hit the front at the top of the straight and and was able to run out the mile and a quarter comfortably to hold out from the late charge of Outrageous Man, with the leader Memphis Man finishing in 3rd position.

A son of Jungle Pocket out of the Grosvenor mare Calm Grove, Jungle Rover looks to be a nice middle distance / stayer in the making, and should take great confidence from this win, he still has a bit to learn having a good look around in the straight, he looks to have nice improvement for his winning connections; Brett Cotterill, Ten Monkeys Syndicate, Michael & Tess Holloway, Curl It Hector Syndicate, Steve Reilly, Anthony & Kerrie Simpson, Tony Sitch. A big congratulations to all of you this was a much deserved win having gone very close in both his previous 2 starts and we are looking forward to his career that lies ahead and hopefully many more wins like today.