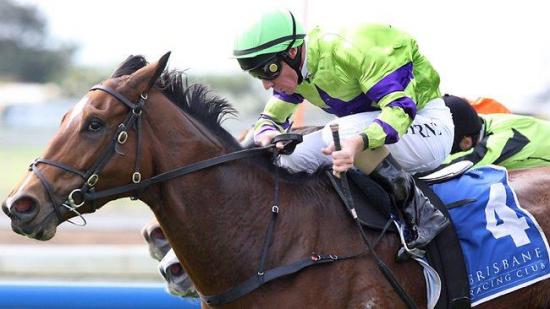 VARENNA Miss has thrived with the Brisbane sun on her bad back, according to trainer Tony Noonan, who considers Saturday's 1200m BTC Cup at Doomben a race for the opportunists.

Varenna Miss, arguably a good thing beaten in the 1200m T.J. Smith Stakes at Randwick a month ago, was perfectly suited in sunny Brisbane for two reasons, Noonan said.

With Black Caviar and Hay List, responsible for last year's BTC Cup epic, absent along with Rain Affair, Brisbane is poised to be lucrative for next-best sprinters such as Varenna Miss and Buffering.

"It's good for us that those topliners aren't about," Noonan said.

The Mornington trainer said the Brisbane sun was medicinal for Varenna Miss.

"We've had a few issues with her back, and the warm weather up there really suits her. It's a time of year that is perfect for her," he said.

He campaigned former stable star Ortensia in Brisbane. She had two wins there in 2009, before a luckless third in the Stradbroke Handicap, and three runs in 2010 without a placing.

Ortensia, who left the stable last year, has since won at Flemington, Ascot (Perth) and Dubai.

Noonan said he was "obviously disappointed" to have lost Ortensia, but Varenna Miss had similar ability.

"It's hard enough to get one good horse, let alone two. But there was never really much between them," he said.

"Ortensia probably had, or still has, a better turn of foot. Varenna Miss is more of a momentum mare. She's a big, cumbersome mare, and can't pick up and recover as well as Ortensia did if you break her momentum."

Varenna Miss ran into a traffic jam in the 1200m T.J. Smith, in which long shot Master Of Design swamped hot favourite Rain Affair. Varenna Miss was fifth of six.

"You could argue she should have won for sure," Noonan said. "She's a month between runs, but had a good gallop at Doomben last Saturday and should be in the thick of things on Saturday."