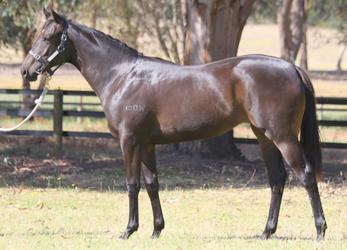 It was terrific to see our three year old Due Sasso filly SILVER SASS win her maiden race at Northam this afternoon at her second start ridden by Shaun Meeres. The filly drew poorly but was able to take a forward position although wide and showed real quality in getting to the line for a comfortable victory. Congratulations to Mungrup Stud and Gray Williamson who bred and own the filly and to Lex Piper who also owns her. We really appreciate their patience and support for the filly and the stable. It was only her second start, she is a lovely type of filly who I think is capable of going on to city class so the future looks bright for her. Well done to Nick Cox and the team in WA and to Shaun Meeres for his hard work and positive ride on the filly. We look forward to continued success with that team over the next couple of weeks.