VARENNA MISS TO RETIRE TO STUD 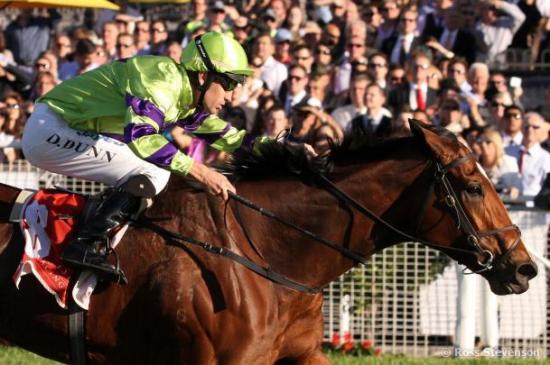 With some sadness we announce the retirement of one of the better mares I have had to train; "Varenna Miss". Over a period of 3 years she had 18 starts for 5 wins, a second and two thirds and earned $363,000 in stake money. With the highlight winning the Group Two QTC Cup at Eagle Farm in Brisbane and her Fourth in the Group One Oakleigh Plate, as well as many other terrific performances in metropolitan and stakes races.

We were terribly grateful to Glenn and Kerry Fraser for giving us the opportunity to train such a wonderful mare. I very much appreciate the input from all my staff in particular Brooke Shreuder who cared for the mare for the majority of her career with us, and Jack Turnbull who took over that responsibility in the later part of her career. Despite her physical issues she continued to perform to the best of her abilities at the highest level.

Our understanding is she is to be mated with the Darley stallion "Bernardini" and I have no doubt she will go on to become a terrific broodmare and look forward to the opportunity to train one of her progeny one day.