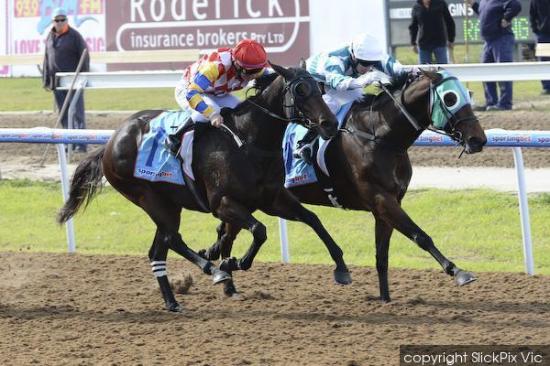 It was a terrific victory for everyone involved with St Anne who won at Geelong yesterday at her thirteenth start.
Luke Currie was lucky enough to pick up the ride after an injury to Jake Noonan and lifted her over the line to beat Moon Dance by a nose.
It had been a frustrating journey with injuries but her owners showed tremendous perseverance and faith in their mare.
Although disappointing at times she had her excuses. Shortly after being purchased St Anne dislocated a hind fetlock joint which took a long time to recover from.
It may have been only a maiden at Geelong on a Tuesday but everyone got a tremendous thrill from seeing their horse win after such problems.......including the trainer!