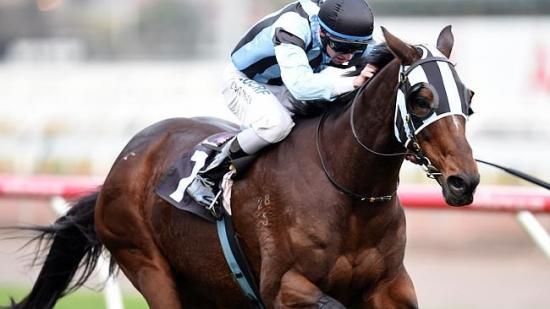 Zevada rounds out the alphabetically sorted list of 148 nominees for the 2014 Emirates Melbourne Cup.

The 9-year-old Don Eduardo gelding has had an injury-plagued career but having recovered from two serious tendon injuries and a life-threatening virus, Zevada is finally fit and ready to tackle the Melbourne spring racing carnival.

A spate of injuries means his 17 career starts are not reflective of his age.

As a Flemington specialist where he has been three times for two wins, the Cup nomination was an easy one for Mornington-based trainer Tony Noonan.

“Flemington is a track which naturally suits him because he has a very big stride and appreciates the big track,” Noonan said.

“If he hadn’t had the unfortunate injuries he has had to overcome, this would probably be his third or fourth crack at the [Melbourne] Cup.”

Zevada also holds a nomination for the Caulfield Cup but those plans are being reconsidered after Zevada was scratched on vet’s advice from the Heatherlie Handicap on Saturday.

While Noonan remains open to the prospect of taking Zevada to the Caulfield Cup, it may prove to be the more difficult pathway towards the Melbourne Cup.

“He needs to lift his rating quite a bit to make the Caulfield Cup so the Geelong Cup might be an easier option.

“We’re just taking it one race at a time and before we look at any Cups, we’re concentrating on Flemington on September 13 where he will either run in the 1700m race or the 2000m race.”

If Zevada can get to the Melbourne Cup, it would be a remarkable comeback for the tallented 9-year-old that has endured an injury-riddled career.