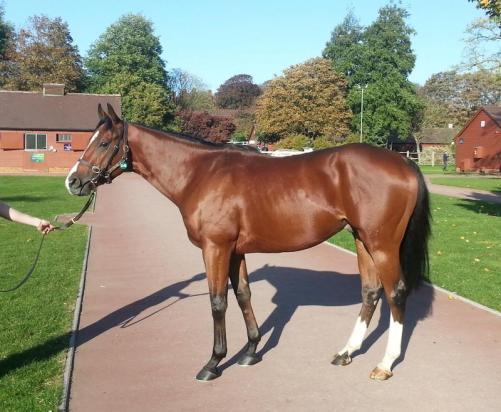 The Tattersalls October HIT sale has been a hotbed of success for Australian buyers over recent years with Noonan joining the party for the first time.

The lightly raced colt is by Rail Link out of Zorleni, a Zafonic mare.

He made his debut at Saint-Cloud over nearly 2100 meters where he won a strong maiden with a bold front-running performance. He then went to a 3-year-old race at

Meadow Creek then went on to run a narrow second in a Listed race.

Attending the first two days of the sale, Noonan bided his time until the third day when he made a winning bid to secure

“I am terribly excited to have purchased an English horse with a view to have a Melbourne Cup starter,” Noonan said.

“He is a nice big scopey horse. He has got a lovely stride, a good brain and is lightly raced.

“His two runs in

“He’s such a young horse and was just the ideal buy.”