Shares available in New Approach colt out of stakes-winning mare 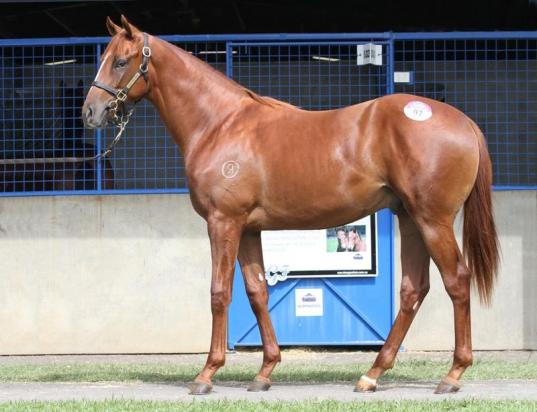 Zabeel and Galileo combine in this fabulous cross of the world’s most successful staying families to produce the New Approach x Cornelia Marie colt I purchased at the Melbourne Premier Sale.

New Approach’s is by Galileo – the world’s most successful living stallion – so it is no surprise that his sire sons possess all the classic qualities he has passed through European gene types through the years.

New Approach is a 5-time Group 1 winner in

His other Group 1 victories came in the Dewhurst Stakes, Irish National Stakes as a 2-year-old.

In just 11 starts, New Approach finished his racing career with an 11:8-2-1 record and was previously shuttled to

However, since there has been outstanding demand for New Approach as a stallion in Europe, he has ceased shuttling duties and stands in

The lack of interest in staying pedigrees here by Australian breeders has really played to our advantage because it enabled me to pick up this colt at a fabulous price of just $85,000.

As a stallion, New Approach is most well known in

However, his greatest success came in his very first crop when Dawn Approach won the Group 1 Dewhurst Stakes and Group 1 National Stakes as a 2-year-old.

The following season, he came back to win the Group 1 2,000 Guineas by a whopping 5 lengths before going to Royal Ascot to claim the Group 1 St James Palace Stakes.

Cornelia Marie is a Reset mare which means she caries the all-conquering Zabeel line littered with staying prowess.

What I like about this pedigree is the versatility within. Physically, he looks a lot like Reset and I am much more confident of him coming on as a 3-year-old like so many from within this pedigree do.

Overtime, I see him developing as a middle distance prospect with the potential to stay over longer trips as he matures with age.

Something that has made staying prospects much more attractive in

To purchase a share, or to receive a free information pack about this colt, please email admin@tonynoonanracing.com.au or call our office on (03) 5976 2607.