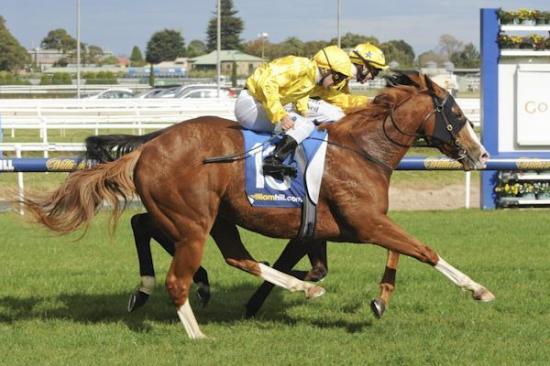 The 3-year-old filly by Dylan Thomas arrived in Queensland last week for the Mornington-based horseman and has settled in well in preparation for her $500,000 assignment.

"She's matured a lot over the past six months and done some light work throughout the week working in the opposite direction," Noonan said.

"We're incredibly excited to have secured Tim for the ride because she can be a tricky filly at times and Tim was very keen to come and work her for us at the Gold Coast where she is being stabled."

Bell will be looking to make it back-to-back victories in the Oaks having won the race last year aboard Tinto and currently leads the Queensland Jockey Premiership.

The 22-year-old has struck a rich vein of form to be riding at the peak of his career including victory in yesterday's Group 3 Glenlogan Park Stakes aboard Peace Force at Doomben.