Zarzing knuckles down for tough victory at Pakenham 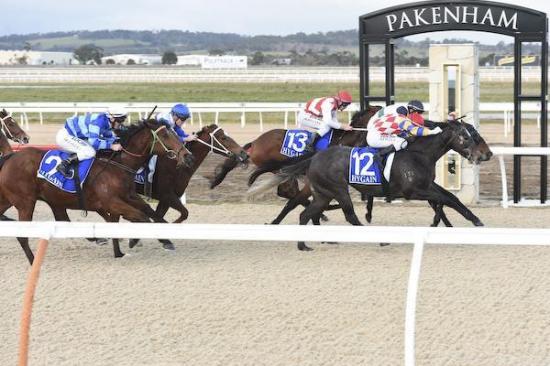 Zarzing produced a determined effort at Pakenham this afternoon to score for Mornington-based trainer Tony Noonan who has been in vintage form over the past month.

Connections on course had a nervous minute as they awaited the photo which showed the 5-year-old Hussonet mare hold on for her third career victory in what will be her final racing campaign.

“She only has a few more race starts left in her before going to stud so it is absolutely fantastic for her owners to get this win,” said stable representative Jack Turnbull.

“We were a bit concerned when she was slow out but Craig did a great job getting her into a rhythm so she was able to finish off.”

Despite being slow out of the gates, rider Craig Newitt quickly mustered Zarzing ($11) to sit midfield with cover before the mare started overracing.

“She got a bit keen mid-race which forced me to flush her three-wide but she made a good long run to the line,” Newitt said.

The victory continued the Noonan stable’s incredible run of form to be their fifth winner from their past 12 starters.