Carson steers Romanico away for powerful victory at Donald 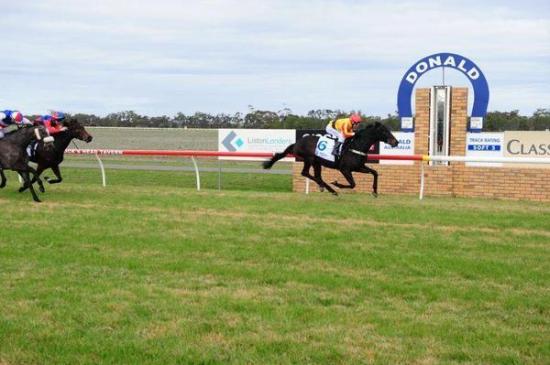 Romanico stormed away from a decisive victory at Donald this afternoon under veteran jockey Michael Carson, toying with the field in his wake for Mornington-based trainer Tony Noonan.

The stable had been very patient with the 5-year-old son of Rakti, who is a full-brother to VRC Derby winner Polansk, who broke through for his maiden win at his fifth career start.

Over 1620m, the prospective stayer had no issues in the Soft 5 going under Carson who was gave Romanico a lovely run in transit, just behind the leaders.

“He did it easy,” Carson said.