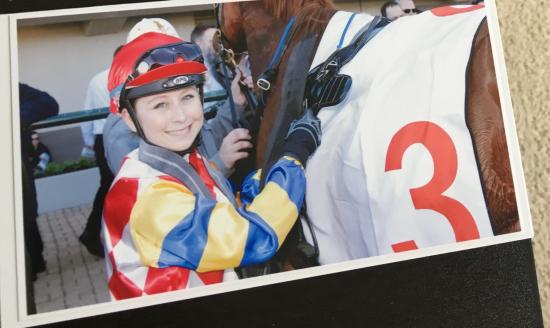 Victorian raider Raven’s Fire proved too hard to run down for her local rivals when leading all the way at Morphettvile to land her first metropolitan win for Mornington-based trainer Tony Noonan.

Despite finding the front with ease from the jump, there were a few nervous moments for connections when the 7-year-old mare came under siege in the home straight.

“I thought we’d gone too early but Brooke (Sweeney) guided the mare to find a second wind so full credit to her,” said racing manager Alfred Chan.

“We were lucky to be able to have Brooke on board today because she knocked back a few rides at Flemington to come over for us so I’m sure the owners will be very grateful she did.

“She (Raven’s Fire) hasn’t been the easiest mare to train but Joanne Spears has been with the stable for a long time and has absolute trust in us so she’s a pleasure to train for.

“It’s great to be able to get a city win on the board for her because she bred this mare herself.”

Jumping well from barrier 5 in the field of 9, Raven’s Fire went straight to the front where Sweeney allowed the All Chatter mare to bowl along in front.

Upon straightening, she came back to the field and looked to be headed 200m from home before Raven’s Fire ($3F) kicked back along the rail to score by half-a-length from Tycoon Selfie ($7) and Miss Joolia ($6) flying home for third.

The win brought up Noonan’s second winner in consecutive days to kick off the new racing season in cracking style.