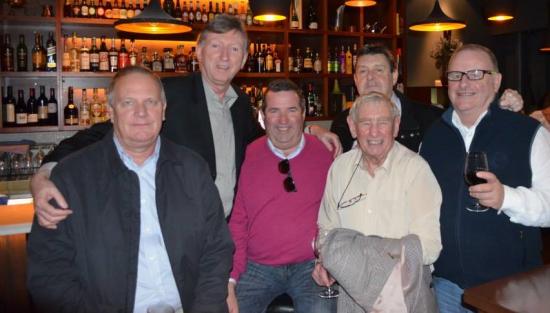 It is with deep sadness the stable mourns the loss of Bob Skelton, a long-term friend of the stable who many of our clients had the pleasure of meeting at Tony Noonan Racing social events.

The champion jockey passed away in Melbourne’s Caritas Christi Hospice on Friday morning. He was 81.

Born in Cobden near Greymouth on the West Coast of New Zealand’s South Island, Robert James Skelton was born into a famous racing family.

His brothers Bill, Errol, Frank and Max were all successful jockeys Skelton will always be remembered for winning the 1976 Melbourne Cup on Van Der Hum as well as three consecutive runnings of the Wellington Cup (1961 - 63) on Great Sensation and two runnings of the Auckland Cup and Perth Cup.

Attributed as having won more two mile races than any other jockey in Australasia (20), Skelton retired in season 1987/88 aged 54.

He set up a property on the Mornington Peninsula with agistment in mind, then took up training.

He was made a Member Of The Order Of The British Empire for services to horse racing in 1978.

Skelton's son Craig told The Informant his father was diagnosed with cancer earlier this year.

"It was only recently that he took a turn for the worse and was admitted to the hospice," Skelton said. "His condition deteriorated suddenly yesterday and we knew then that his time was up,

"He passed away peacefully earlier today with all four of us - me, my brother Craig and sisters Tracey and Jane - at his side.

"Especially over the last couple of days we've had a lot of calls and messages and it means a lot to us that so many people have expressed their concerns for Dad."