Too Tough, Too Strong – Miss Siska salutes at Pakenham 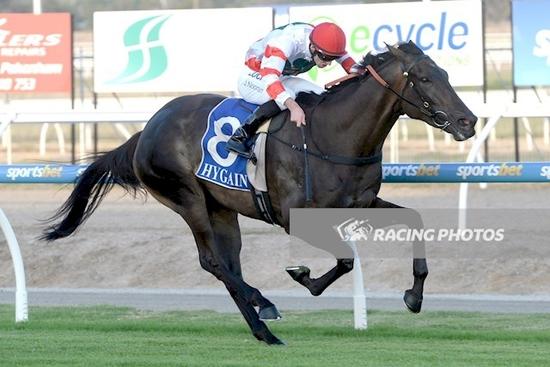 When billed as the little sister to a champion, expectations of Miss Siska have always been high but she continued her family’s good form when breaking through for her maiden win at Pakenham in her second start for Mornington trainer Tony Noonan.

“She’s a big girl which is why we’ve taken our time with her,” Noonan said.

“(Owner) Katie [Davenport] has done such a good job looking after her as a young horse because we always knew how big she was going to get which is why we needed to let her mature before we put any real pressure on her as a racehorse.

“With her strength and the uphill straight here at Pakenham, we thought she would be stronger on the line here and Jake showed really good initiative.

“She’s still a bit green but once she learns the caper a bit more, I have no doubt she will improve as she stretches out further.”

Jumping well from the barriers, the 3-year-old daughter of So You Think found the lead before the younger Noonan steadied the tempo in front.

Approaching the bend, Noonan elected to hold his position on the rail as others fanned wider on the course before Miss Siska ($3.20) produced a strong kick by the 200m mark which proved the winning move for her to ultimately score by a neck from fast-finishers Bella Mia ($10) and Lilymorn ($2.80F) a further head back in third.

“It (leading) was a bit to our surprise because in a lot of her jumpouts, she hasn’t really begun well,” Jake said after the win.

“But this filly has just taken really good natural progression in everything she has done.

“I just thought today – she’s such a big filly that I’m probably better off second up with a bit more residual fitness to lead on her and keep that rhythm.

“For where she is at, it probably wasn’t the way to ride her because she was quite green in front.

“She just dawdled and floated about but when I asked her, she gave me a really good kick.

“I think she’s pretty classy and to her credit, she was on the fence on her own and tough enough to hold on.”

Miss Siska is out of the mare Sing Hallelujah who has a colt by More Than Ready entered in the 2017 Inglis Easter Yearling Sale as Lot 457.