Back from injury, Mr Optimistic storms home from last for big win at Mornington 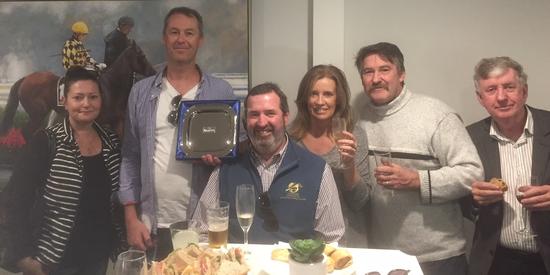 Having overcome two serious tendon injuries, it was a delightful sight at Mornington for owners of Mr Optimistic who stormed his way back into the winners’ circle for local trainer Tony Noonan.

With Mr Optimistic resuming from a spell having endured two consecutive tendon injuries over the past 18 months, Noonan was understandably ecstatic with the result.

“It’s just such a relief to see this horse back in the winners’ circle because he showed us so much as a younger horse before he sustained two serious injuries,” Noonan said.

“Full credit has to go to the owners because they have been extremely patient and understood what we have been trying to do.

“He (Mr Optimistic) had only had two runs in 18 months so to have him finally sound, it was just good to see him hitting the line like we saw earlier in his career”

Slow out of the gates under rider Jake Noonan, Mr Optimistic settled at the tail of the field behind a strong tempo with the younger Noonan remaining ever patient as the race unfolded ahead of him.

Stuck behind a wall of horses down the side of the track, Noonan started looking for runs prior to straightening but with the field fanning wide, he elected to go back towards the inside, spotting the leader six lengths upon straightening.

When the gap finally opened by the 125m mark, the Mr Optimistic ($4.80) surged through under patient hands-and-heels riding to hit the front and ultimately score by half-a-length from Bisseu ($8) and Bicondova ($15).

"This horse has 62 kilos here today so just riding him that way and riding him for a bit of luck was always going to suit him if the luck played its way," Jake said after the win.

"He just came onto the bridle right when I needed him to from the 500 and things just opened up on the inside.

"He’s a classy horse on his day. He’s stakes-placed and was just too good. He’s a classic Tony Noonan horse – ridden cold to finish off.

"A big thank you goes to the owners because it can be quite frustrating when you’ve got a horse of his ability and you don’t get to quite reach the standard you know he can make.

"The fact that he’s got that potential has kept us in the game and it’s good that they’ve stuck by us and stuck solid."

The win was the second of Mr Optimistic’s career having shown promise as a 2-year-old when placed in the Group 3 Hampden Stakes before succumbing to consecutive tendon injuries.

The 4-year-old Domesday Gelding was the first foal of Group 3 winner Be Positive, also trained by Noonan for Laurel Oak Bloodstock, and is the older half-brother of She’s Positive (Sepoy) who Noonan trained to win the Adelaide Magic Millions Classic.