​Annarbor romps in by 6.5L for Noonan’s Social Syndicates 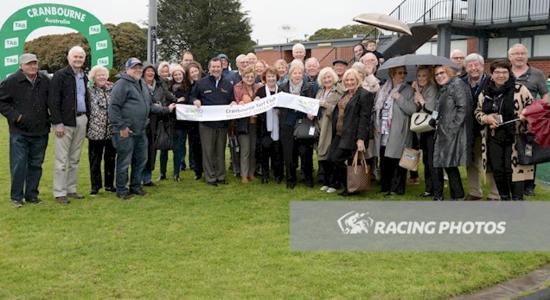 The new racing season has come with a bang for Mornington-based trainer Tony Noonan who saddled up his third winner for the season from just his 11th runner when Annarbor relished the wet conditions at Cranbourne to surge home by 6.5 lengths.

With Annarbor being racing under Noonan’s Social Syndicate’s ownership program, dozens of owners were on hand to cheer home their 5-year-old Excellebration mare who was still extending from the field, on the line after 1600m.

“I’m glad this race meeting fell on a weekend because we’ve got half of Mornington here on course and that was such a great thrill for them,” said Noonan.

“They’ve all been incredibly patient with this mare who we've had a lot of time for and it’s great that she’s been able to show what she was capable of here.

“We’ll probably look at running her in town next while the tracks stay wet but she’s still learning her craft and has kept getting better with each prep so we still have a lot of upside with her.”

Jumping well with jockey Beau Mertens in the saddle, Annarbor settled midfield where she looked at home in the Soft 6 conditions. As the pace slackened by 800m mark, Mertens elected to shift back towards the rail where he started creeping up inside of runners before tacking onto the leaders back.

Upon straightening, Annarbor eased off the leader’s heels into the clear where she shot clear and surged to the line for a dominant win.

The victory the second of Annarbor’s career and took her career earnings beyond $50,000 from 12 career starts for the Social Syndicates runner.

Social Syndicates is an ownership program which Tony Noonan Racing offers to social groups who can race at horse with the stable from as little as $10 per month. For more information about how you can get your social group or sports team involved with a Social Syndicates horse, please email Gemma Lambe on gemma@tonynoonanracing.com.au.