Jake Noonan caps off Fathers Day with a win for Dad 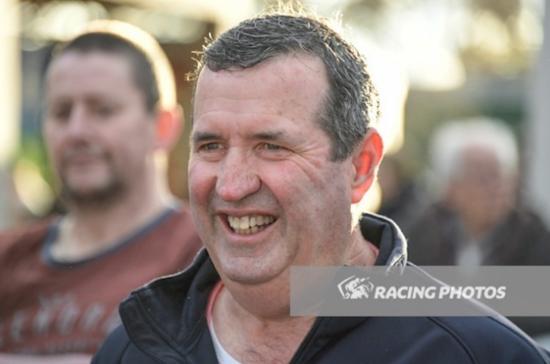 Where some sons give Dad a bottle of wine or a pair of socks for their dad, Jake Noonan went the extra mile this afternoon for father Tony when producing a gem of a ground-saving ride to pilot Mutual Respect to victory at Geelong for the Mornington-based trainer.

“A terrific father’s day present. Mum owns it, son rode it and dad trains it so I don't think it gets much better,” said Tony after the win.

“Jake has got a good understanding of the horse and he’s just been a horse which has been a little bit slow to mature, like his trainer. But he’s starting to come good.”

Jumping well from barrier 2 in the Soft 7 conditions, Jake just eased back in the run to hold his midfield position on the rail behind the good tempo. As wide runners crossed over to push Jake three-back on the fence, he never panicked as the field fanned wide on the track seeking better ground.

Confident the 5-year-old son of Trusting would have no problem in the conditions, Noonan held his inside running line, giving the leaders a four length lead upon straightening, before Mutual Respect ($6) ate up the ground to hit the front by the 50m mark and hold on from Strategic Phil ($26) by a neck.

“I don't have to buy him anything,” chuckled Jake after the win.

“His work on Thursday was pretty good, winning work and it worked out that way.”

Today’s win continued a cracking prep for Mutual Respect which has netted three wins and two second-placings to take his earnings beyond $90,000 and the stable’s fifth winner since the start of the new season.