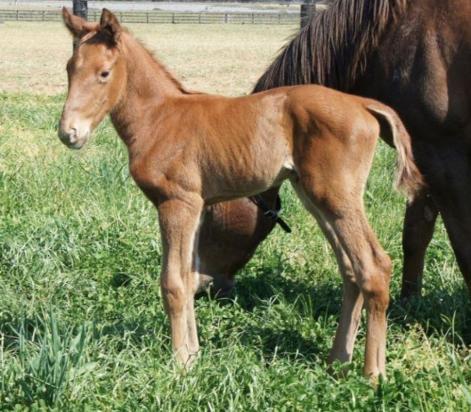 Tony Noonan Racing is pleased to report the safe delivery a chestnut colt by Jimmy Creed out of the mare Purrium who was previously trained by the stable.

Both mother and son are doing well at Bassinghall Farm in Nagambie with all reports from the farm indicating the colt to be strong, correct and well behaved.

“The colt was very strong and active from birth and first stood at 5.58am,” said Julie Reilley from Bassinghall Farm.

“He took a bit of time finding the udder as Purrium didn't want him out of her sight and would walk backwards as he went to her back end. We had to hold her still for him and he was nursing at 7.40am.”

Whilst Purrium was not able to fulfil the feats of her half-brother Polanski (winner of the Group 1 VRC Derby) on the track, she was such a well-loved mare at Greendale that Noonan elected to purchase her at public auction as a gift for wife Gabriel.

The new colt will remain at Bassinghall Farm with Gabriel likely to make a decision is 12 months to confirm her plans for the colt.

This colt is the first foal for Purrium who is set to served by Melbourne Cup winning stallion Fiorente in the coming weeks. 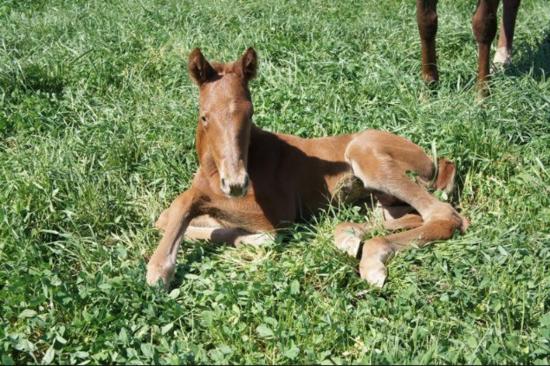