Florent cruises at Mornington to break maiden with dominant win 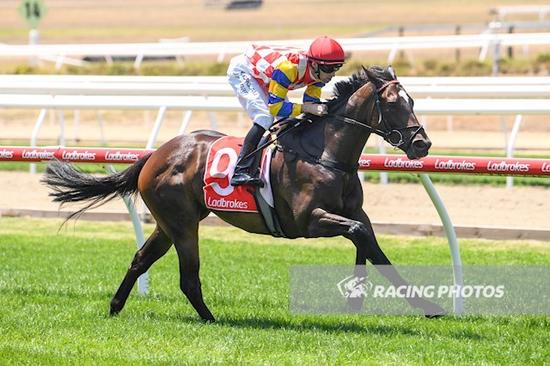 Having only just missed at metropolitan company earlier in the prep, it was a step back in class to maiden company for Florent who broke through in commanding fashion for local trainer Tony Noonan in the Highview Accounting Mornington Plate over 1500m.

Confident that his 3-year-old Fiorente filly justified her $1.75 quote, Noonan was pleased his filly could get the job done today with a view of bigger things to come for the filly.

“She’s a bloody nice filly, this filly. We didn’t pay a lot of money for her out of the Magic Millions sales in Queensland.

“She’s not overly big but she’s got a good motor and it was a good positive ride. A $1.80 chance and we’ve been getting back in her races and relying on luck but he (jockey Jake Noonan) took that out of it today and she won quite well.

Whilst Florent holds a nomination for an 1800m race at Flemington on Wednesday worth $135,000 which Noonan “might back her up” into, bigger goals lie ahead for her.

“I think she’s going to make a nice staying filly - she’s out of a Pins mare. Maybe Queensalnd or something like that later in the year when its a bit softer might be her go.”

Jumping well from barrier 6 with Noonan’s son Jake in the saddle, the younger Noonan took the initiative of pushing forward when little tempo emerged in the race. Having settled at the tail of the field in her past few starts, Florent quickly found herself settling outside the leader Hoffy’s Choice in an unfamiliar role.

Still comfortably travelling on the bridle by the 400m mark, Jake stoked up through the bend where Florent ($1.75F) hit the front upon straightening and kept extending to the line for a dominant win, 2 lengths head of Chloe’s Day ($3.60).

“Ideally I wanted her to get some cover but with the ear muffs coming off her today, she was a little bit more switched on so when she begun, she began quickly and there was no real early speed,” said Jake after the win.

“To her credit, she did a good job because she was fairly keen the whole way.

"I know she was coming back in trip and she’d had three runs but it's a good tough climb and she was probably entitled to be vulnerable but she was pretty good late.