Remastered storms home for powerful win at Flemington to open 2020 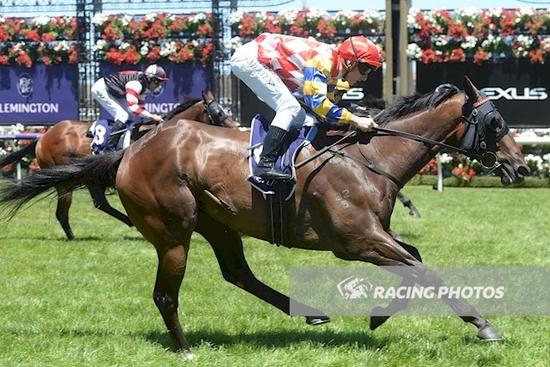 Mornington-based trainer Tony Noonan has opened his account for 2020 in most impressive style as Remastered came from last for a barnstorming win at Flemington in the Summer Racing Handicap over 1200m on New Years Day.

Noonan, however, was likely watching online with son and Foreman, Tom Noonan representing the stable.

“He’s headed off to Bali for 10 days but it's important to take that time off in this industry,” said Tom who is running the stable in his Father’s absence.

“Beau [Mertens] rode it a treat. I said to him he’ll give you a feel when he’s ready to go and back your judgement. He travelled comfortably, there wasn’t a lot of pressure on him and he was just good and confident on him so it's just great for us to kick off the New Year.”

But the father-son connections did not end there with Beau's father Peter having achieved a decorated history riding for the Noonan stable.

“I’ve ridden a little bit for Tony. My Dad rode even more and had a lot of success so it’s really good to repay him with a city winner,” said Mertens after the win.

“He’s trained this horse really well and he’s done a really good job with him. He's been very consistent and it made my job quite easy today.

“We had a lovely run in behind Ollie. When I produced (Remastered), he travelled up really nice on the bridle and you could tell he appreciated a little bit more room and he handled himself real good.”

Jumping evenly from barrier 9 in the field of 9 from the top of the Flemington straight, Remastered ($8) settled at the tail of the field before Mertens eased him towards the outside rail by the 400m mark where he stormed home from last to score by 0.75L ahead of Rocking Eagle ($2.70F).

With a Super VOBIS bonus attached to today’s race, the victory was the second of Remastered’s career from just six starts, and took his earnings beyond $144,000 for owner-breeder Peter Bennie.