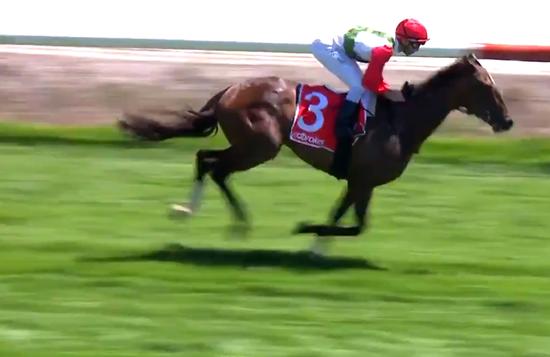 It had been a long time coming but after 11 minor placings, Governor Landy has broken through to score his maiden victory at Stony Creek for Mornington-based trainer Tony Noonan and the horse’s very patient owners.

In what turned out to be a fairly easy watch for connections of Governor Landy ($2.20F), it was a matter of getting the job done after looking the winner so many times before.

“Full credit to the owners. This horse is well related and he’s been disappointing,” said a relieved Noonan after the win.

“He’s spent a long time learning his craft. It's easy for the trainer to be patient at times when you know that he’s got a bit of ability but when they keep running second, its a bit disappointing.

Although it took Governor Landy three years of racing to break his maiden tag, Noonan was confident that today will not be the last time the 5-year-old gelding by Reliable Man graces the winners circle.

"He wouldn’t be in work if we didn’t think he was capable of winning more than just a maiden.”

“We’ve had to be patient and the people in him have been super. It’s very hard to keep paying up for a horse but he’s earned his keep, kept us in there and he’s been honest.

“He’s just been a very slow maturing horse that wanted to do things wrong most of the time but now he’s learning and it’s good.”

Jumping well from barrier 3 in the field of 10 with Noonan’s son Jake in the saddle, Governor Landy got a lovely run in transit over the 1100m trip, settling just behind the leaders.

Cornering comfortably on the bridle, Jake eased him off heels upon straightening where Governor Landy burst through once the gap opened before hitting the front effortlessly by the 100m mark and pulling clear for a strong 2 length win ahead of Kurnell ($3.50).

“The owners really deserve that, the owners who have been stuck by the horse,” said Jake upon his return to scale.

“By Reliable Man, we thought he was bred to get a trip but he was always the first one out of the gates and wanted to get running. He just didn’t run to his pedigree and it became tricky but they stuck by him.

“As you saw today, he won with ease and he’s got potential.”

With today’s win, Governor Landy took his career earnings beyond $55,000 from 20 career starts.