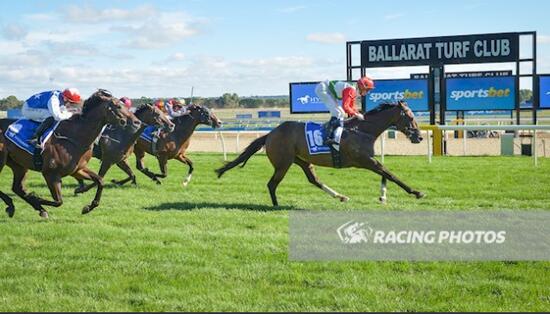 Good things come to those who wait - this couldn’t be a true story than for connections of Governor Landy that have endured countless placings before this prep where he has now broken through for his second win in four starts for Mornington-based trainer Tony Noonan.

Making those wins even more impressive is the fact there probably could have been more with the 6-year-older Reliable Man gelding producing two 2nd placings in between those wins.

Jumping well from barrier 3 in the field of 13 with Michael Dee getting the late call-up after regular rider Jake Noonan was committed to a family event, Governor Landy got a lovely run in transit, sitting midfield with cover.

Cruising into the race, Dee gradually inched Governor Landy off the fence by the 600m mark where he had had cover all the way into the home straight before letting down with a monsterous turn-of-foot once into the clear.

Hitting the front by the 150m mark, Governor Landy ($10) kept extending before being eased down for an emphatic 1.25L win

“It worked out perfectly today. We had a nice draw where we were able to stay out in the better going and get to the outside in the straight,” said Michael Dee after the win.

“This morning when I picked up the ride, Jake told me he can hang in a bit but he went nice and straight today which is good.

“I travelled the winner right around the corner coming to the 600. I still had a lap full of horse, it was just a matter of biding my time and edging to the outside and he showed a good turn of foot late.”

Despite it being just the third win of his career, today’s performance took Governor Landy’s earnings beyond $125,000 thanks to 18 other minor placings.