Two Wins In A Row For Governor Landy 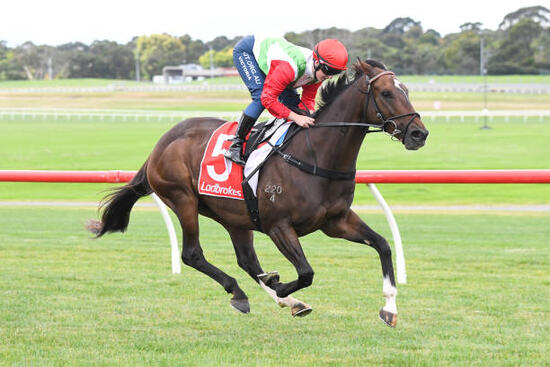 Governor Landy showed his dominant win at Bendigo recently was no fluke with a commanding metropolitan win at Sandown this afternoon. The evergreen 7yo is racing in career best form and is delivering on the promise he has shown for many seasons. Until this season he had a habit of running solid placings more often than winning but this summer/autumn campaign has proved fruitful with a 2nd and two wins from his last three starts.

His recent success has coincided with his willingness to relax better in his races which in turn has allowed the team to test him over 1400m and now possibly even tackle 1600m in the near future. He is conserving his energy a lot better in the first half of his races which helps his riders and allows him to keep plenty in reserves for a big finish.

Todays win takes his career earnings over $200,000 and on current form you wouldn't bet against him making a picket fence in the next month or so. After today, Tony is toying with the idea of running Governor Landy over 1600m next time, possibly at the new Good Friday race day at Sale next month. His strength at 1400m this preparation ensures there are lots of options going forward so the team will make sure he pulls up well in the next seven days before making firm plans.

The Laurel Oak Bloodstock team are having an Autumn to remember with the Golden Slipper win of Fireburn the highlight of the Sydney Autumn so far. Let's hope Governor Landy can keep his patient connections cheering over the coming weeks. The ownership group have endured plenty of frustrating placings to this point but thankfully Remy is repaying their faith and looks to have plenty of fire in his belly.

Governor Landy scored his 1st Metro win today and 5th win overall. The wins together with another 23 placings have been quite the ride for connections and the team at Greendale. Remy is much loved by all of our staff and no doubt the care and love he receives daily keeps him enthusiastic and happy and racing so well.